A.N. Roth Heating and Cooling was named a finalist for Greater Louisville Inc’s (GLI) 2020 Inc.credible Awards in the Small Business of the Year category. The 20th annual awards, presented by NuLease Medical Solutions, celebrate greater Louisville’s small businesses’ accomplishments and contributions to the community. Since 2000, the Inc.credible Awards have recognized more than 110 small, local businesses for their ongoing contributions to our community’s economic vitality. 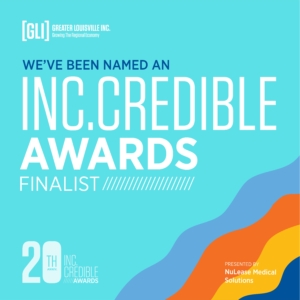 We at A.N. Roth Heating & Cooling are incredibly proud to have been chosen for this honor. 2020 has been among the most challenging in our history of over 150 years. Being a small business means making sure that our employees feel appreciated, respected, and cared for through an unprecedented time for them and their families. It means working extra hard to make sure customers receive exceptional service, no matter what. We’re so thankful to be part of this thriving regional economy, and hope to be a Louisville institution for many years to come.

“We have seen that small businesses are the backbone of our regional economy,” said Sarah Davasher-Wisdom, President and CEO of GLI. “Despite the challenges our region faced this year, I have witnessed true resilience from our small business community. These finalists exemplify innovation, creativity, and passion for their crafts. We are thrilled to recognize these businesses that excel in pushing the envelope and bringing new ideas to our region.”

For the first time, the winners in each category will be announced on December 16th, 2020 at 3:30 PM during a virtual awards show.

About A.N. Roth Company (anroth.com)
Established in Louisville in 1866, A.N. Roth has been a trusted local heating and cooling company for five generations. A.N. Roth specializes in custom solutions to HVAC issues and utilizes the most environmentally friendly and efficient components in their state-of-the-art installations. To learn more, visit anroth.com.

About Greater Louisville Inc. (greaterlouisville.com)
Greater Louisville Inc. (GLI) – the Metro Chamber of Commerce is focused on growing the regional economy. As the region’s largest convener of business leadership, GLI leads economic and global outreach strategies focused on business attraction, nurtures the entrepreneurial eco-system, and champions the development of the community’s talent base. Additional strategic efforts focus on diversity and racial equity to help build a more inclusive economy. As the voice of Greater Louisville’s business community, GLI advocates for a pro-business environment and facilitates businesses engagement on issues that impact regional competitiveness. GLI is the 2019 national Chamber of the Year and is one of only three percent of chambers nationally certified with 5-star accreditation status by the U.S. Chamber of Commerce, based on GLI’s dedicated policy efforts, effective operations, beneficial programs and overall positive community impact. Learn about our investor benefits and connect with us on Facebook, Twitter and LinkedIn using @GLIchamber or visit www.GreaterLouisville.com.

Louisvillians are moving forward and trying to establish their “new normal.” Even so, COVID-19 and air quality remain pressing health concerns. In public, we wear face masks and maintain social distance, but how can we improve the safety of our homes, schools, and offices? When it comes to improving indoor air quality, there are options from simple changes to large installations. These options range in price from completely free to several thousand dollars. If you’re interested in learning more about any of the options listed here, give us a call at 502-378-7366. 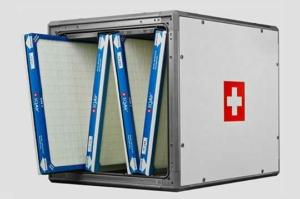 The IQAir Perfect 16 can remove the smallest particles from the air.

In June we wrote a blog post about one of our favorite products: the IQAir Perfect 16 Whole House Air Purifier. This medical-grade whole house purification system has the highest possible air filtration rating. It must be retrofitted into your existing HVAC system. It removes not only 95% of particles larger than 0.3 microns, but it’s also 85% effective in removing particles above 0.003 microns (the smallest that exist). If you’re worried about small particles like fungi and viruses, you can’t do much better than the IQAir Perfect 16.

2. Get A Quality Air Filter for Your HVAC System 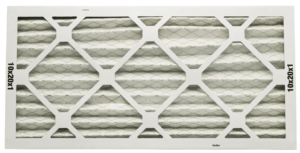 Getting the right air filter for your system is more important than simply getting the most powerful air filter.

Your home air filter is designed to keep your heating and air conditioning systems clean of dust and debris. It may seem like getting a more efficient air filter will automatically mean cleaner air. However, that can also mean reducing airflow. It’s also vital to change your air filter regularly. Many things can impact how frequently you need to change your air filter. For example, the age and location of your home, whether or not you have pets, how many people live there, whether any of them have breathing problems, and so on. Make sure to check your air filter regularly, because a high-quality filter can become useless if it gets clogged. Call A.N. Roth to learn what air filter works for your system.

UV bulbs have no impact on particles like dust and dander. For that reason they are not a replacement for a good-quality and regularly changed air filter. However, UV bulbs significantly help with things like mold growth, bacteria, and viruses, as well as keeping your evaporator coil clean. It’s also possible to get a UV light product that eliminates odors, like this one from Honeywell. The installation can be expensive, and the UV bulb will need to be replaced yearly because it will degrade over time. While the initial investment may be pricier than you’d like to go, UV sanitation is great for active households, office spaces, and schools, and ultimately cost much less than a whole house purification system. 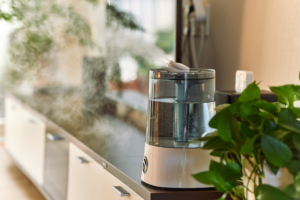 Keeping your home at the optimal humidity levels prevents mold and virus growth.

Depending on the season, the humidity levels in your home can change drastically. Using humidifiers and dehumidifiers can help regulate humidity levels to improve comfort and health. Ideally, indoor humidity should be between 30-50%. During winter weather, when outdoor humidity plummets, humidifiers prevent the spread of bacteria and viruses, moisten the air passages in our sinuses and lungs, and make our home more comfortable. Allergens like dust mites and mold thrive in moist conditions, and excess moisture in the home can damage wood floors, furniture, artwork, electronics, and even your home’s structure. During the summer when humidity increases, dehumidifiers are important to keep relative humidity below 50%.

5. Bring in Fresh Outside Air

According to the Environmental Protection Agency, indoor air can be significantly more polluted than outdoor air. Most homes have some degree of natural fresh air infiltration through cracks and small openings in the house’s structure and openings, but it’s important to bring fresh outside air into your home regularly. Whether by opening windows or doors or through mechanical means like outdoor air intakes. 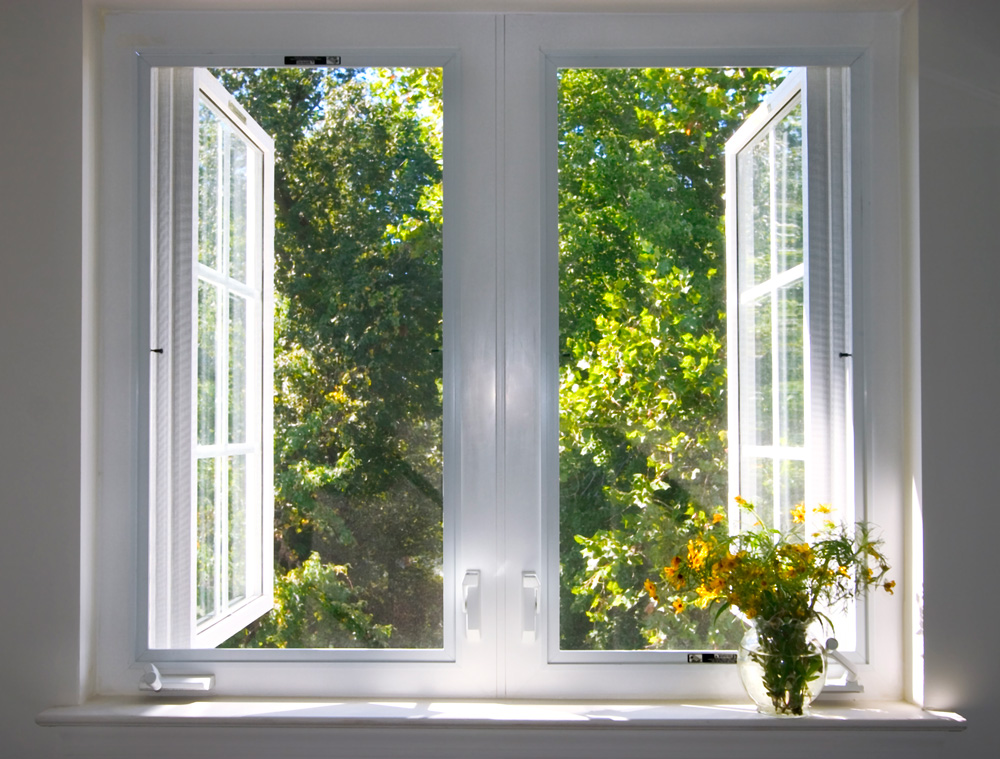 Bringing in fresh outside air is the easiest (and cheapest!) way to improve your air quality.

There are numerous ways to improve your indoor air quality, from something as simple as opening your windows more often, to something as significant as a whole-house air purification system. If you want to learn more about how to improve the air quality in your home, contact A.N. Roth Heating & Cooling today!

A.N. Roth Company has been a family owned Louisville business since 1866. Throughout our five-generation history, our commitment to excellent service for the people of Louisville has remained a constant. 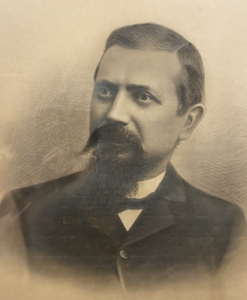 The progenitor of the A.N. Roth Company, Jacob F. Roth was born in Bavaria around 1843. American immigration laws were laxer at that time, and as a young man with skills as a tinsmith, Jacob was a great candidate. While records from his life aren’t ample, we believe that with sponsorship from the newly founded St. Joseph Catholic Church, he was able to immigrate to Louisville around 1866. He set up his tinsmith shop near the church in Butchertown, and he called the business Jacob Roth and Company. 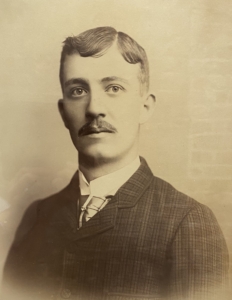 At that time, Jacob worked primarily with tin roofs and stoves, in addition to odd jobs as they arose. Early on, Jacob transported all of his materials and tools in a two-wheeled cart, so the scope of his business was limited by just how far he could walk. Jacob likely worked mostly in the Butchertown area and the East Market District (now NuLu.)

Jacob and his wife Henrietta Wiseman had two children: Alfred N. Roth, and Charlotte (“Lottie”) M. Roth. When he was old enough, Alfred began helping Jacob with the business. They graduated from a two-wheeled cart to a horse and buggy, which allowed them to expand the business throughout Louisville as far as Prospect. For larger projects far from home, Jacob and Alfred would take a tent and camp near the worksite until the job was complete. 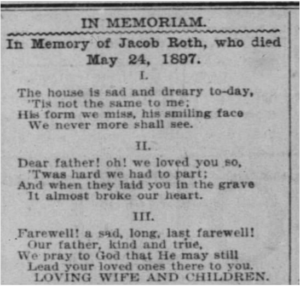 In 1897, Jacob Roth was tragically hit and killed by a train on Story Avenue in 1897, leaving Alfred to take over the family business. Alfred and his wife Elizabeth had three daughters, Henrietta, Magdalena, and Marie, and three sons, Karl, Alfred (Alfie), and Frederick (Fritz).

The name changed to “Alfred N. Roth and Sons.” In addition to their work on tin roofs and stoves, Alfred N. Roth and Sons also made sheet metal products for clients like the Fischer Packing Company (now the Mellwood Arts Center) and the University of Louisville. They also expanded the business into hardware. 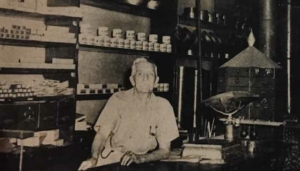 Alfred ran the business until 1945. His son Karl was in line to inherit the company as the oldest, but Karl insisted that the company be divided evenly between his two brothers and him. Now called A.N. Roth Co., the company began taking on larger jobs, like the HVAC systems in the French Lick Springs Hotel, the Ireland Army Hospital in Fort Knox, and the barracks at Bowman Field. 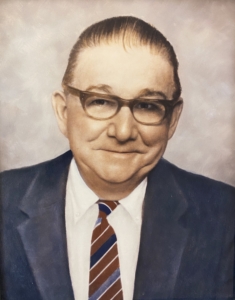 Karl primarily handled the estimating and scheduling, but he was also a true artisan. In addition to his HVAC work, he built stainless steel components for the packing industry and crafted copper tail boxes for big names in the bourbon industry. Over time, the company began to focus less on hardware and sheet metal, and more on heating and cooling services. The three brothers managed the company until 1971, when Karl’s son, Karl P. Roth Jr. took over operations. 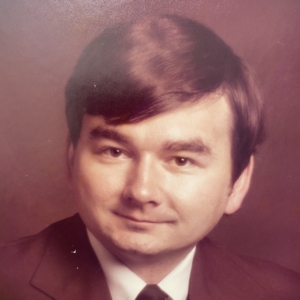 Karl Jr. brought outside experience to the business, having worked at Jim Edwards Company (an HVAC company) on Bardstown Road for several years. He also made it a point to get education from experts outside of the Louisville area. He attended frequent seminars and joined organizations like the ACCA (Air Conditioning Contractors of America) to get input, success stories, and perspectives from outside of his circles. In 1978, Karl Jr.’s sister Rose Mary also joined the family business.

A.N. Roth Company continued to grow, gaining a reputation in the city for HVAC expertise and customer-focused service. With the addition of Karl Jr.’s sons, Phillip III and Richard, A.N. Roth continues to keep on the cutting edge of technology. Always shifting to meet the demands of the market, A.N. Roth is now the Louisville-area expert on radiant heat and geothermal energy. 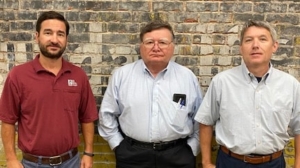 Less than 3% of family-owned businesses operate into the fourth generation and beyond. A. N. Roth Co. is proud to be among those select few, serving Louisville for over 150 years, and we plan to continue to provide superior products and services for many years to come. Over the years, there have been offers to sell our business, but we will always be family owned. The technology and the services that we offer may have transformed over the years, but we’ve never stopped following the essential tenets embraced by every generation of A.N. Roth: do the job right the first time, treat your team with respect, and always put the customer first.

Nothing is worse than leaving a restaurant smelling like food. Most of the time, smoke, heat, and intense smells are concentrated near the kitchen. But what if customers are making the food themselves, and cooking stations are scattered throughout the restaurant?